Bringing fantastic parties to life since 1993

The specification of a party dress code on party invitations can be both a blessing and a curse.
On the plus side, it indicates that the party will be a real event, a night to remember and something worth making an effort for. It builds anticipation and gives guests an idea about what they should wear. On the minus side, dress codes can be so widely interpreted. What if you get it wrong and make an unforgivable faux pas?
To help you navigate through this confusing area, here’s an explanation of the most popular dress codes that are likely to grace a bespoke invitation:

Black tie, the standard for all formal attire, usually refers to a black dinner jacket, black trousers, white shirt and hand-tied black bow-tie. It’s a look that has hardly changed over the decades but, in a room where lots of men look the same, it’s easy to spot when someone’s got it wrong. Although the requirement for black tie may only occur a handful of times a year, investment in a well-made and good-fitting jacket is all but obligatory. The shirt should have a turn down collar and the jacket should have peak lapels, to emphasise broad shoulders. This dress code can also be called ‘dinner jackets’ and it’s worth noting that midnight blue variations are equally acceptable.
This is not to be confused with white tie, however. Debrett’s, the stalwart of British etiquette, emphasises that white tie is ‘the most formal, and rare of dress codes, worn in the evening for royal ceremonies and balls’. It comprises a white waistcoat, bow-tie and shirt worn with a black single-breasted tail coat and matching black trousers – never, ever a white jacket.
For women, a white tie event will call for a formal, floor-length evening or ball gown – don’t forget, you could be in the presence of dignitaries. Black tie parties are marginally less formal, where it is perfectly acceptable for women to wear either long or short dresses. Evening gloves are no longer compulsory, Debrett’s confirms, but they do lend the outfit style and finesse. 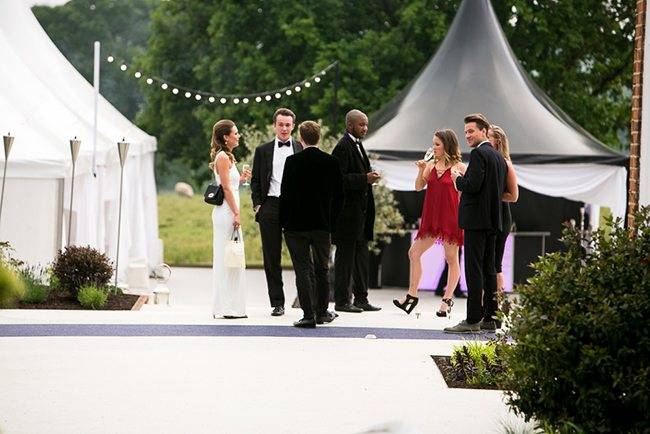 There is a growing trend – as sported by our cousins on the other side of the Atlantic – for wearing white or cream jackets at black tie events. This is a contentious subject which divides opinion. Traditionalists maintain that black tie means black jacket, while others concede that the cream alternative is fine, but only in the summer or in warm climates.
Another dress code that you may see specified on an invitation is ‘creative black tie’ –  a label that describes the practice of modernising or tweaking the usual black tie uniform. This is a tuxedo combined with trendy of whimsical items, such as a collarless shirt, no tie or a black shirt. This does present a whole array of options and can thus cause consternation among guest – how should they tweak their suit? This concept, which similarly divides opinion, is best left alone.

This is an American semi-formal dress code for which there isn’t really a direct British equivalent. However, it is increasingly becoming the most commonly stated dress code for parties (as opposed to dinners). It essentially means that the event is still dressy enough to warrant a suit, but there’s a lesser emphasis on formality.
Men, therefore, might like to observe the rules of ‘lounge suits’: an ordinary suit, shirt and tie or perhaps a smart blazer and trousers. If it helps, dress as appropriate for the venue. It’s a little easier for women, who can slip on a cocktail dress or smart trouser suit.
Debrett’s assures readers that it’s fine to ask the host for clarification, should the code appear that bit too vague. 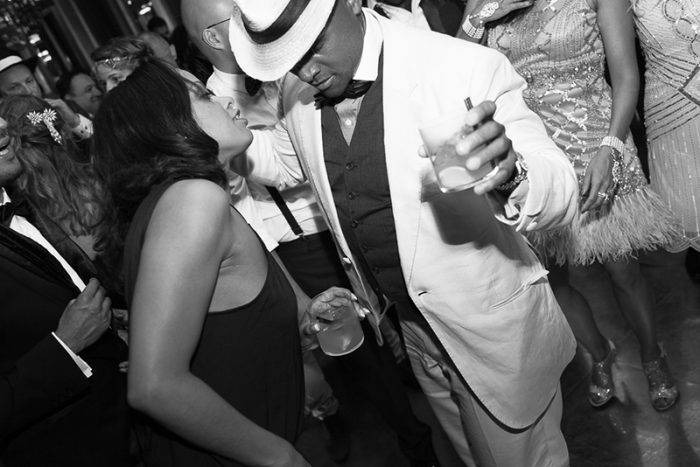 Smart casual is perhaps the trickiest dress code of them all. There are numerous debates over what constitutes smart and casual, let alone the two concepts blended together. However, the fact that a dress code has been specified at all suggests that the event does include a level of formality. For that reason, always err on the smart side. You don’t want to be that person in the creased linen jacket and jeans when all others are in sports coats, do you? Men can get away with a button down shirt or good quality polo shirt with slacks or chinos – never jeans. They should wear a blazer or the aforementioned sports coat. A tie can be worn if desired, but open collars are fine.
Ladies should still aim for a ‘dressy’ look, opting for a summer dress, skirt and top combo or perhaps even a trouser suit teamed with a less formal top. Again, jeans are a big no-no, regardless of the label.

If anything is likely to strike fear into the hearts of invited guests, it’s giving them an option to dress as they like. People don’t like choices, generally, they like instructions – after all, what does it mean to say, for example, ‘black tie optional’? What if you turn up in full jacket and trousers but everyone else wears lounge suits? The addition of ‘optional’ after any dress code could be a sign that the host doesn’t want to exclude/offend those that perhaps do not own a full-length ball gown / dinner jacket. Or the host has panicked that their glittering event is not quite as formal as first envisioned.
Guests, consequently, can take the ‘optional’ instruction as they see fit. If they particularly want to wear full black tie, then do so. Swapping the bow-tie for a normal long tie might be a great compromise for those that remain unsure. It’s a bit easier for women, who can stick with a dressy cocktail frock to cover either eventuality.
No matter how absurd it may seem, dress codes can be taken extremely seriously and breaching etiquette is an error that can haunt individuals for a long time – especially if it makes the local society rag. Hopefully, the above will help dispel any confusion and instead promote that sense of excitement that surrounds an important party.